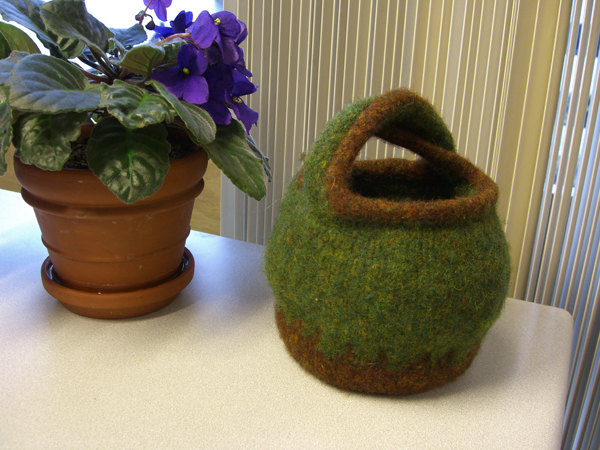 I worked on it a bit on Sunday and Monday, and then finished up the knitting on Tuesday night. Then into the washer it went. Two extra-hot cycles in my front loader were enough to reach the result I desired. It’s felted hard enough to hold its shape, but there is still a tiny bit of stitch definition. While it was still wet, I molded and squooshed it a bit so that the bottom would be flat and the sides would have the shape I wanted. Then I stuffed it with rolled up washcloths and let it sit until dry.

While knitting it, I allowed the handle to curl a little rather than forcing it to be flat because I liked the way that looked. I was aiming for something vaguely organic looking, as though it might have sort of grown on top of my desk. I think I mostly succeeded. 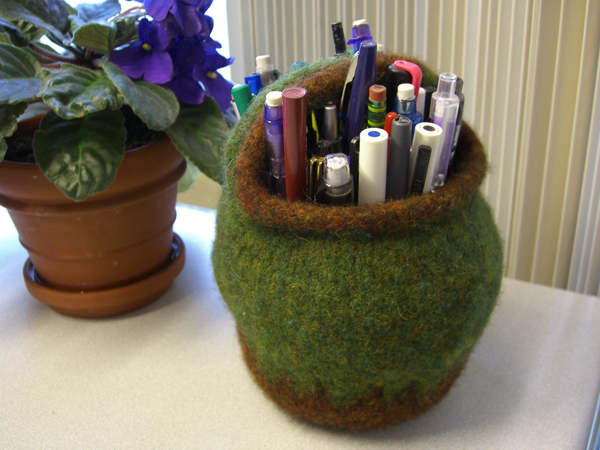